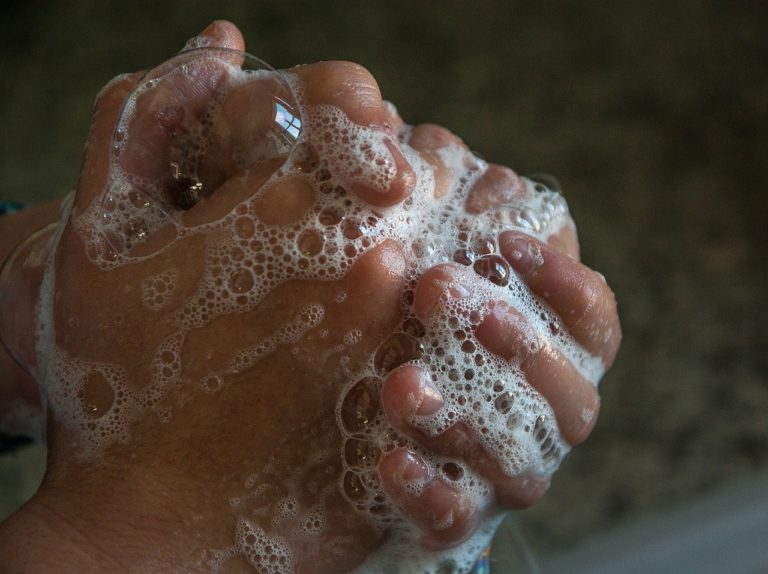 It can’t be said enough. Yes, there’s a big, scary outbreak making the news right now, and hand-washing is getting a lot of emphasis–and rightly so. But no matter what’s happening (or not happening) in the headlines, even if it’s “just” the seasonal flu or any other type of contagion, washing your hand is an easy and highly effective way to keep yourself from contracting diseases–which also means making sure you’re not spreading them on to more vulnerable parts of the population.

By removing elements like calcium and magnesium from your tap water, filtration gives you soft water that allows your soap to do its job faster and more efficiently.

Even if you or your business uses bottled drinking water, chances are you’re still using the taps to wash your hands. And if that tap water hasn’t been properly filtered, all your meticulous hand-washing can wreak havoc on your skin because of the abrasive elements and chemicals found in our southwest Florida water supply.

You’ve probably noticed when washing your hands with hard water that it’s difficult to get a good lather going. That’s because elements in hard water, especially calcium and magnesium, form a chemical bond with some of the soap, neutralizing it. So not only do you need more soap to make up for the parts that are lost to that bond, but the bond itself creates “soap scum,” which actually makes things stick rather than washing them away.

Soft water allows a satisfying lather to build up because much more of the soap is able to do its job. Sometimes it feels like it’s harder to remove that lather with soft water, but that’s actually because it’s working. When spend time lathering and rinsing with soft water, you’re removing germs rather than sticking them to your skin.

And that extra time at the tap doesn’t affect your skin as severely as it would if it were hard water, which compromises your skin’s ability to moisturize itself.

So as you’re doing your duty as a global citizen by washing your hands regularly, ask yourself: Is your water helping our harming our fight against germs?

How can we help?